President, Franklin Historical Society Member, Franklin Noon Lions Club My wife Marian and I have lived in Franklin since 1974 and have watched our city

As an Alderman in Franklin, I know Don Schwartz as being an energetic, caring and deeply committed person to the Community he serves. As a

Franklin and the 9th Supervisory District need a supervisor who will be respected and who will work for the benefit of the district. Don will

37 year resident of Hales Corners I first met Don Schwartz in 2010 when joining the Hales Corners Chamber of Commerce. Don was the president

Vice Chairman, Community Development Authority, Village of Hales Corners Don has a unique skill of building private-public partnerships. He is a natural leader and an

What I enjoy in a candidate is honesty, the ability to listen, a track record of getting things done, a strong work ethic, being well-connected,

I’ve known Don for a long time.  His goal is always to make our community a better place.  I believe he’ll continue that as our

My husband and I support Don Schwartz in his bid for re-election to the Hales Corners Village Board. We have known Don since we moved

I am excited to endorse Don Schwartz for County Supervisor. In the 40 years I have known him he has always been a leader. He

If you know Don Schwartz, you probably met him at a community service event. Our introduction was over 20 years ago at a PTO fundraiser

I am writing to endorse one of the candidates for Hales Corners Village Trustee, Donald Schwartz. As a resident of the Village, I believe that 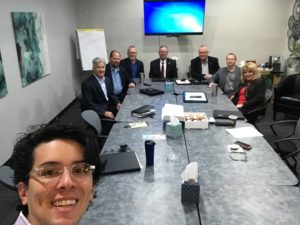 What’s your pedigree? Donald Schwartz is pure excellence. Last week, the 121MKE group had the pleasure to learn more about Donald’s heritage, his Ancestry, and

Senior Product Advisor, HEARTLAND, 262-844-7995 I have known Don to be a very genuine and caring person, driven on how he can assist people and

Nineteen years ago in 2003, the residents of the Village of Hales Corners and surrounding areas were faced with the possible closure of the Hales

I am delighted to nominate Donald G. Schwartz and the Friends of Hales Corners Park and Pool for the Public-Private Cooperation Award through the Wisconsin

CPA, National Accounting & Business Solutions SC I’ve been active in many Chambers of Commerce and even a past president of one. I enjoy the camaraderie

Vice Chairman, Community Development Authority, Village of Hales Corners Don has a unique skill of building private-public partnerships. He is a natural leader and an open-minded

Partner, Plunkett Raysich Architects As an architect who has studied the work of Frederick Law Olmsted, perhaps the greatest of America’s landscape architects, I am enamored

PHD, Former Executive Director of Academic Achievement, Whitnall School District It is a sincere pleasure to write this letter of recommendation in support Don Schwartz.

It has been my great pleasure to work with Don Schwartz when I served as the City of Franklin’s Mayor for nine years and as the Chairman of the Milwaukee County Intergovernmental Cooperation Council that comprises the Mayors and Village Presidents of the municipalities within Milwaukee County. I found that Don is honest, knowledgeable, and fair. I have witnessed firsthand Don’s dedication and leadership to his community of Hales Corners. It has been an honor to serve alongside Don in his many successful endeavors. Don is a shining example of good Statesmanship. Therefore, I fully support and endorse Don Schwartz as a candidate for election to the Milwaukee County Supervisory District 9 on April 5, 2022. Tom Taylor, former Mayor, City of Franklin

A Milwaukee County District 9 citizen contacted me. Please see my interaction below on email a couple of weeks ago.

Authorized and Paid for by Friends of Don Schwartz